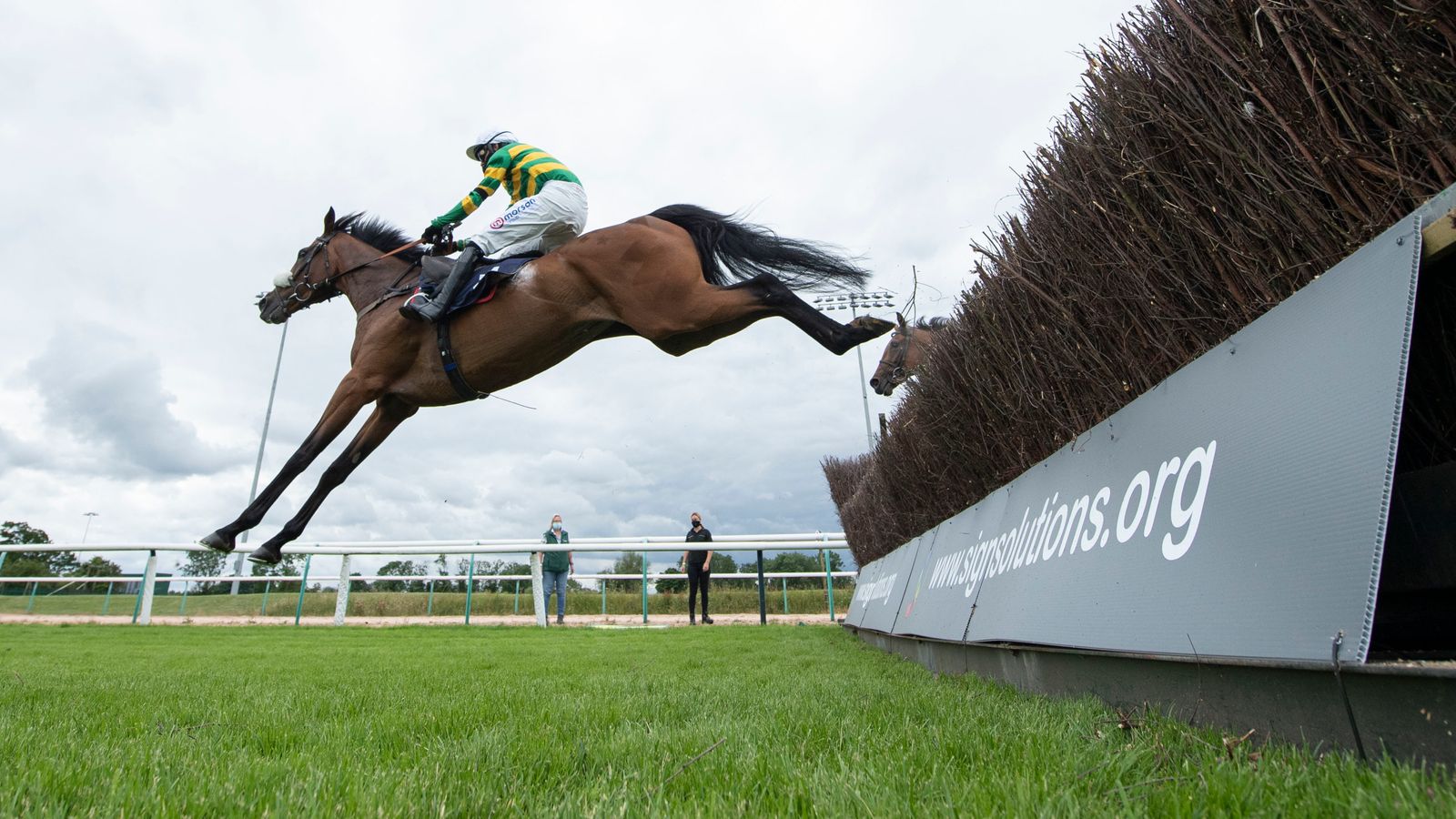 Nineohtwooneoh gave Paul Nicholls a flying start to the new National Hunt season with victory in the first race on the resumption of British jumps racing at Southwell.

The 2-1 favourite scored emphatically on his fencing debut in the Sign Solutions Nottingham Novices’ Handicap Chase, as he and jockey Harry Cobden evaded drama around them in an eventful contest.

For 11-time champion trainer Nicholls, it was the perfect start to a campaign delayed by two months following the interruption of jumps racing which began back in March during the shutdown caused by the coronavirus pandemic.

The favourite, racing in the famous colours of JP McManus, then managed to keep clear of potential interference from the loose horse in the back straight – and came home 10 lengths clear of outsider Torquay.

Winning jockey Cobden was delighted to make a successful return at his first attempt, on a promising novice.

“It’s good to be back and good to get going with a winner,” he said.

More on this story

“He got better and better as he got going, he had a bit of a look at the last but he’s one that will go forward.”

Assistant trainer Harry Derham was relieved to be back too for the first NH fixture in Britain for more than 100 days.

He said of the lockdown experience: “It has been tricky – but it’s been the same for everyone.

“We’ve been quite lucky that this hit over summer. The Flat yards have had more disruption than us.

“Next week it will start to get really busy, because all the winter horses are starting to come back in. We’re really looking forward to that.”

As for Nineohtwooneoh’s victory, he added: “It was a bit of a messy race, but he jumped nicely, and that’s probably won him the race.

“He likes a bit of nice ground, and he jumped well. It’s a good start.”